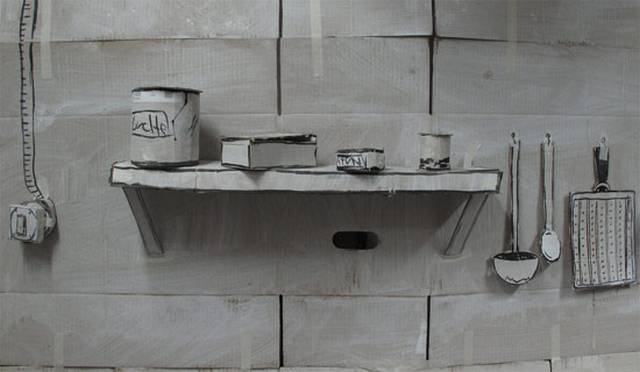 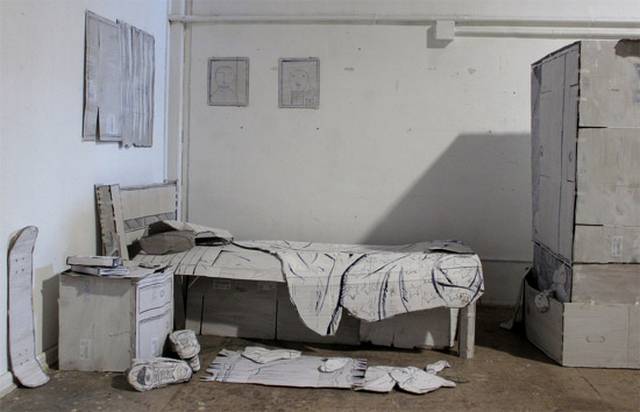 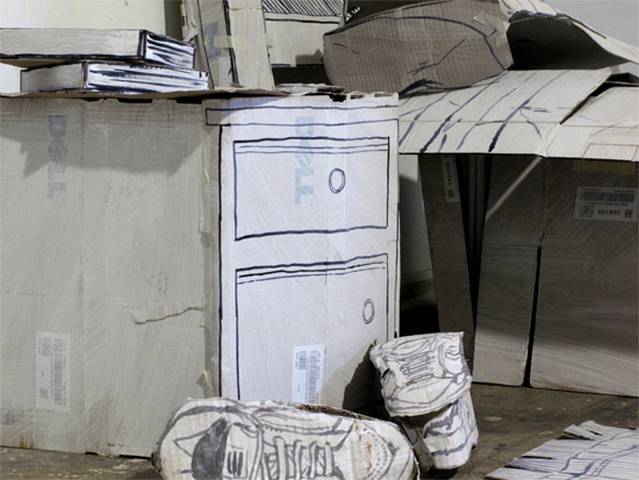 Cardboard houses and cardboard coffins, but never have we seen cardboard applied on such an impressive and artful scale. Artist  Don Lucho is taking this corrugated material and creating entire 3-D worlds depicting real life scenarios. Certainly not one to shy away from the limelight, his sculptures have made traffic-stopping appearances all over the streets of Santiago, Chile in the form of crashed cars, fallen airplanes – and as an attempt to move deeper into the human psyche – a more familiar account of the dwellings we occupy. 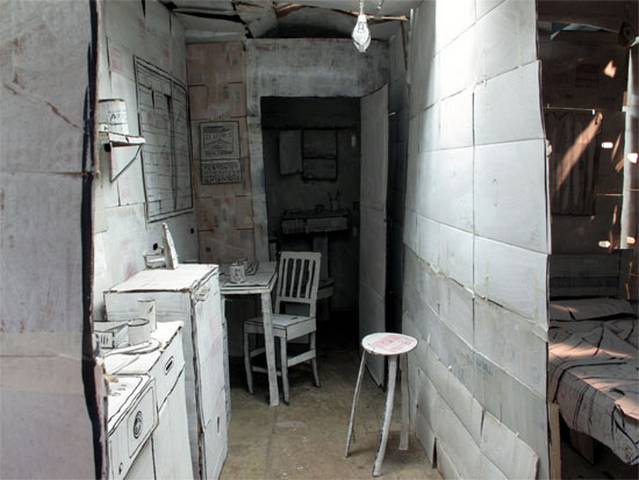 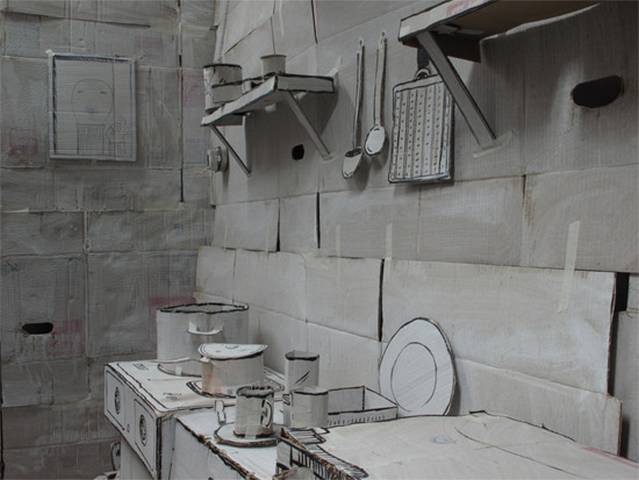 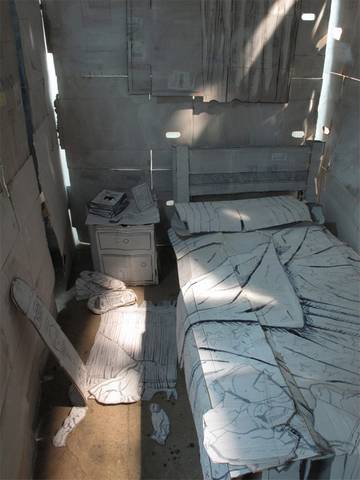 One amazing aspect of Lucho’s work is his attention to detail. The hubcaps on a car, a roll of toilet paper, and the fold of a blanket – a true reflection of some of life’s undemanding, but ever apparent details we often miss. And as an exercise in how eco-friendliness can easily be merged with art, his pieces have been thoughtfully made from recycled materials.
Infused with a sentiment not too far off from that of kids playing in an upturned cardboard refrigerator box, this project easily embodies the imagination of play, but with a much more surprising, mature and dire twist. 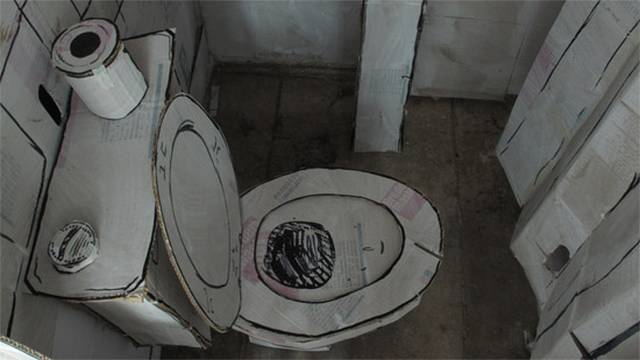 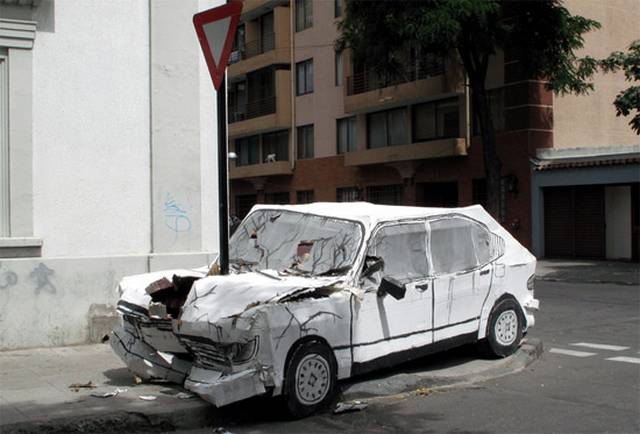 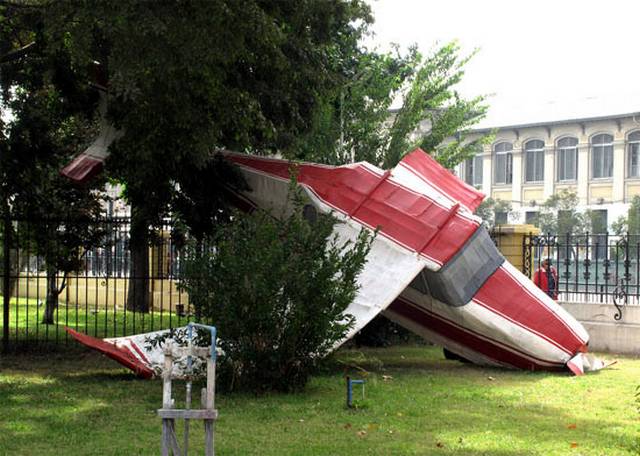 suhail ajmal
Suhail is a father of three who loves nurturing them day and night. Profession wise he is a recruitment consultant with strong interposal skills. He likes to share his tough life experiences with the world and save people from those troubles he had to run into.
Previous articleThe Interiors Of Luxury Yacht Staterooms
Next articleAmazing Houses In The Desert, Modernist Houses