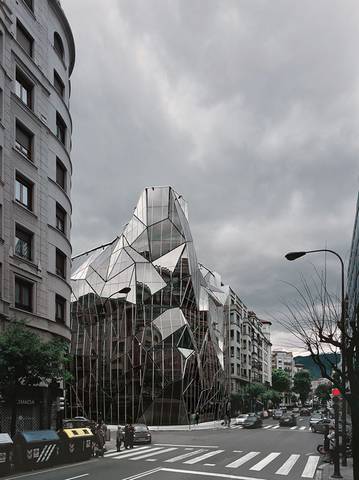 Bilbao, a city with an open and welcoming attitude towards contemporary architecture, is now the proud owner of a new architectural destination. The building is a very unusual because of its shape. It is very geometric both on the inside and the outside. Despite being very eye appealing it’s somewhat out of place. El Departamento de Sanidad y Osakidetza, the new unified headquarters of the Basque Health Department created by the young and prolific firm Coll-Barreu Arquitectos are located in the Ensanche, New Town. The irregular building spreading over a total floor area of 9,200 sq m will soon host some 250 civil servants and a predicted 600 members of the public daily in a clean cut and stylish environment. The space is divided in seven open-plan floors for offices, two levels for institutional and representative uses, meeting rooms in the tower, an auditorium with 150 seats in the basement, and 3 underground levels for parking. 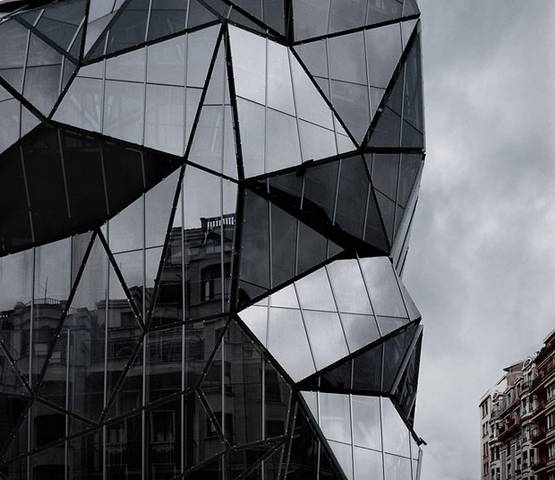 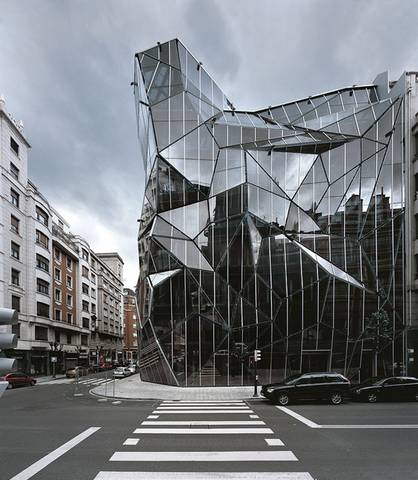 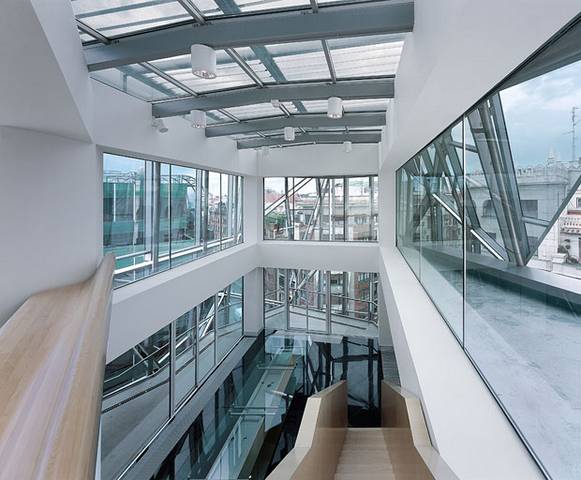 The striking façade, reminiscent of a cubist exercise, is a shell of glass placed at irregular angles. The resultant folds generate multiple reflections visible from the inside changing its appearance depending on the point of view, the hour and the season. The architects describe it as “a very effective mechanism for the integration of urban vitality in the interior of the building. The city is perceived like a multidirectional system of moving vectors.” The façade is also a double skin that responds to energy saving requirements, allowing the abolition of traditional air-conditioning systems and false ceilings, insulating heat, reducing noise. 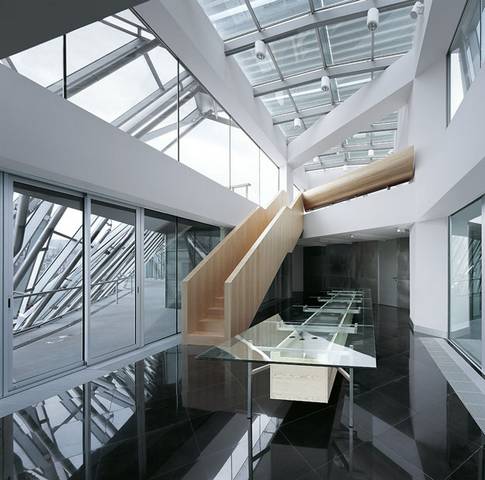 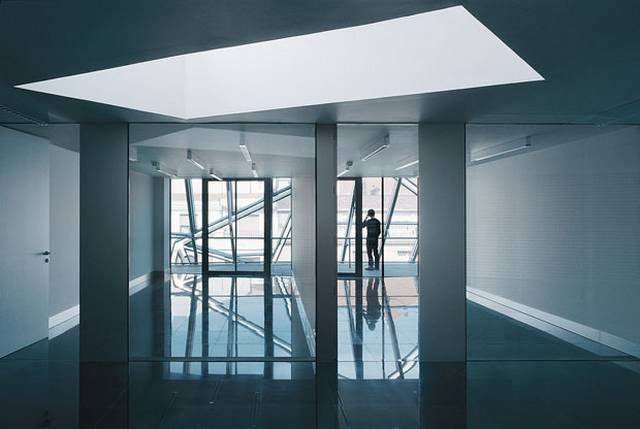 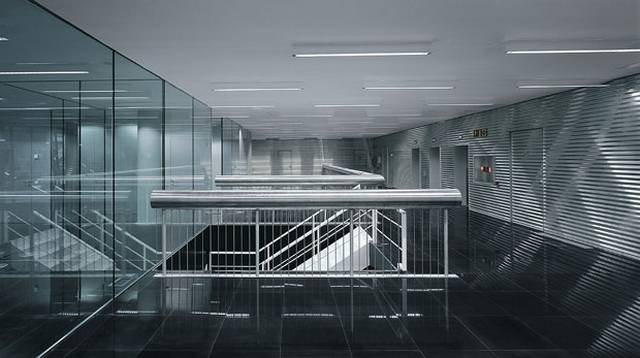 The folded façade generates multiple visual from inside to the streets bellow, and also from the highest floors to the landscape that surrounds the city, a highly effective mechanism for the incorporation of urban vitalism inside the building. The workspace benefits of the permeable, passable and liveable volume of the façade, that enables the building breathing and the space exchange between inside and outside. The system facade of the building is similar to the experience of sitting at the door of a house, above the threshold, with an eye toward the road and the back into the home. 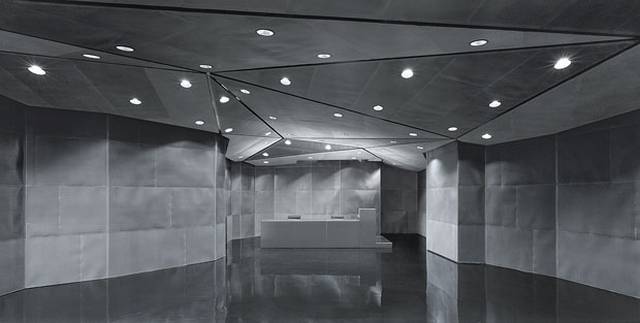 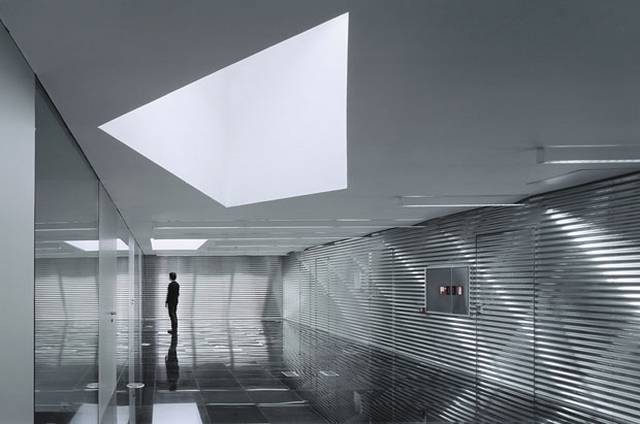 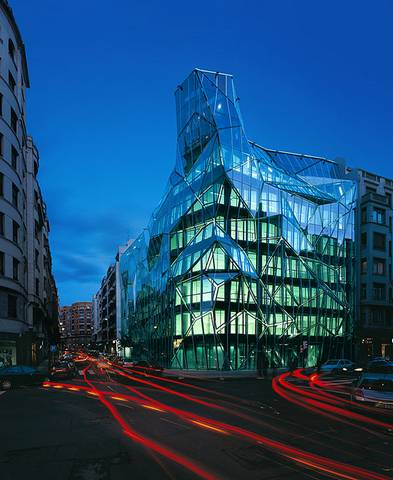 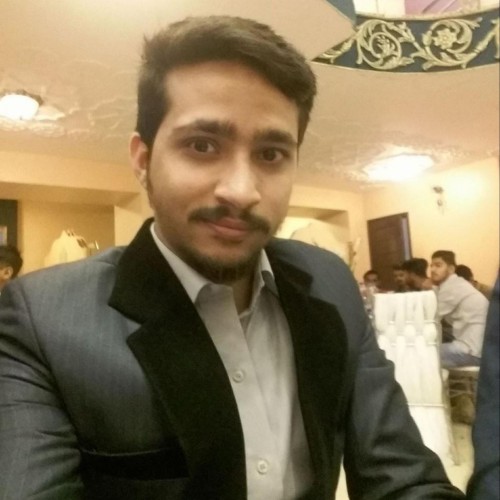