The Cost of Living in Luxembourg as an Expat

Don’t let Luxembourg’s small geographical territory fool you. This country has so much to offer across several sectors. It has rich cultural and historical roots, plenty of nature and greenery, as well as a strong political and economic standing. 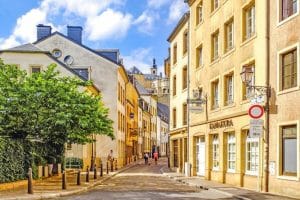 Despite the high cost of living, it’s a popular destination for expatriates. According to the Luxembourg Statistics Portal, almost half the population of this country consists of foreign nationals. This means that there are more expats living in Luxembourg than in any other European country.

If you want to be one of the many expats who have found a home here or if you are just temporarily relocating for work, then you need to know how to prepare for living in Luxembourg. Here’s a quick look at some of the most important aspects of life here as an expat.

Luxembourg’s unique heritage has ties to the Romanic and Germanic ethnicities. This is because these two groups coexisted in the region and played a big part in the country’s development. Today, Luxembourg has three main languages: French, German, and Lëtzebuergesch, and all three languages are often used simultaneously.

It will definitely help to know the language as you settle in. Aside from helping with your daily routine, it would also put you in the local’s good graces. You can even take some time off just to study it. All the residents and employees of Luxembourg are entitled to take 200 off of work to learn the local language.

Be prepared to shell out a little extra since apartment rentals in Luxembourg can be pricey. Aside from the monthly rent, it is standard practice to pay a deposit of one to three months. If you are looking for a place in the city center, a one-bedroom apartment would cost around €1,600. For three-bedroom properties, the price can go up to €4,000.

In case you are looking for slightly more affordable figures, try looking in the south and east ends of Luxembourg. Alternatively, you could also choose to live in a neighboring country and commute instead.

When it comes to utilities, the basic cost for temperature regulation, electricity, water, and garbage is about €230 for an 85-square meter apartment. The price of electricity in Luxembourg is €0.15 per kWh. Compared to the rest of the European Union, this is a fairly high rate

Luxembourg’s public healthcare system offers free basic healthcare to all residents. If you are an employed individual, you pay 2.8 percent of your gross earnings on a monthly basis to the system. Employers also pay half of the contribution costs on behalf of their employees.

If you are self-employed, then you are mandated to contribute in accordance with the type of job. Manual workers need to pay a higher rate because they are at greater risk of needing medical treatment. Other professions pay 5.2 percent.

These contributions cover hospitalization, medical prescriptions, consultations, childbirth, and rehabilitation. This is enough for most expats. However, if you need more, then you can also take out private health insurance. The private health sector is predominantly supplemental, and usually just covers the gap between medical fees and the amount you are reimbursed.

Luxembourg calculates your personal income tax according to your marital status and the amount of income for each household. As of writing, taxable income is a year. If you earn less than this amount, you do not need to pay tax.

When it comes to social security, your contributions are taken directly from your salary. It covers unemployment, childbirth, illness, pension, occupational accidents, long-term care insurance, and death.

The cost of pensions takes up 24 percent of your gross income. This goes to Luxembourg’s government fund for state pensions and benefits for invalidity citizens. Eight percent is split three ways between you, your employer, and the state.

Plenty of expats who are living in Luxembourg have decided to make it a long-term deal and acquire citizenship. If you have a family and you want to settle here as well, a new naturalization law that went into effect last January 2017 states that individuals born in Luxembourg to non-citizen parents can acquire citizenship when they turn 18, as long as they have lived in the country before they reach that age.

You can also apply for Luxembourgish citizenship if you have lived in the country for the past five years, passed the Luxembourgish language test, and passed the course on “Living together in the Grand Duchy of Luxembourg.”

The living room is often the focal point of our home. It is where we spend most of our free and recreational time, where...

How to Decorate Your Living Room: 7 Ideas To Upgrade Your Room

No matter if your home is brand new and you’re starting from scratch or you’ve lived in it for a few generations and it...