Certainly one of the most radical boat designs I’ve ever seen. The two companies unveiled a real-size model of the 38-metre wide vessel late last month in Ancona, Italy. Unusually the width of the yacht is almost two thirds of its 190ft length. Instead of a traditional tapered stern, the WHY has a sheared off appearance, with a 30metre ‘beach’ running along the back. This gives access to a naturally-lit spa, that includes a traditional Turkish Hammam.   It’s not like the usual stern of a boat, it’s more like the real beach of an island; a beach which is protected from the wind and the waves, where you can really relax.’ The naval architect Mauro Sculii said the strange dimensions gave a great stability to the boat. The boat, which is built on three decks, also features a 25metre swimming pool on the bow that hug the contours of the helipad. Inside ‘adaptable living spaces’ are organised around a salon that contains a cinema, a music room, a library and a dining room that opens on to the sea. 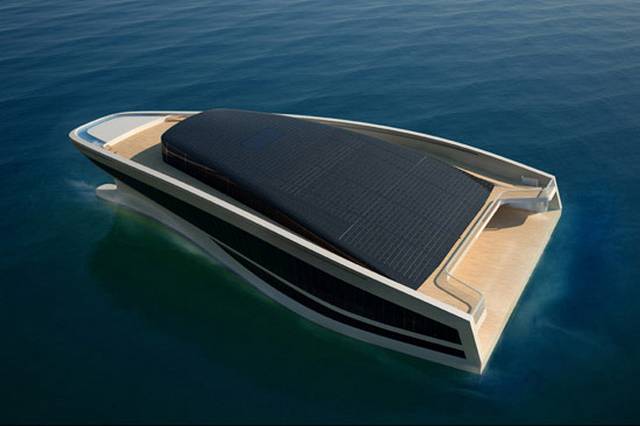 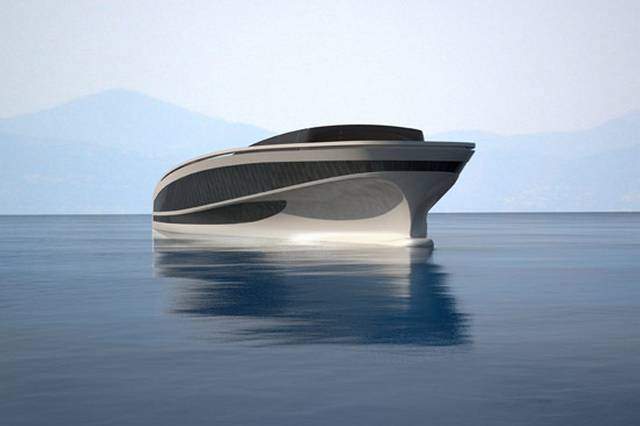 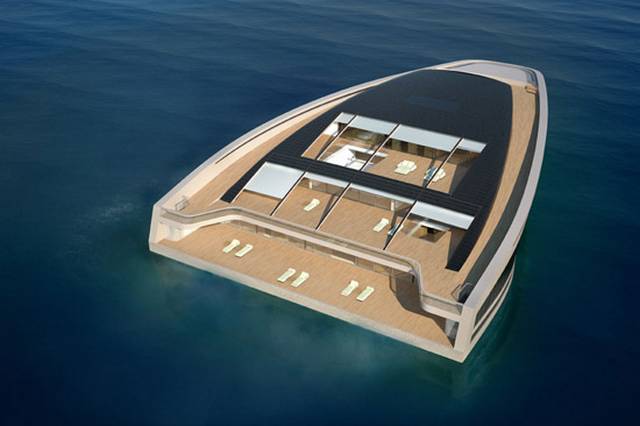 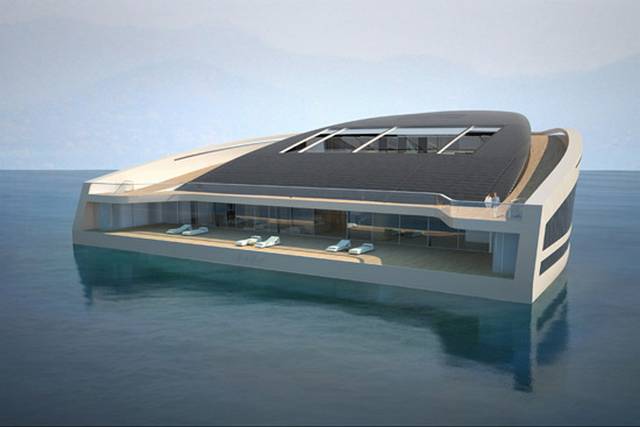 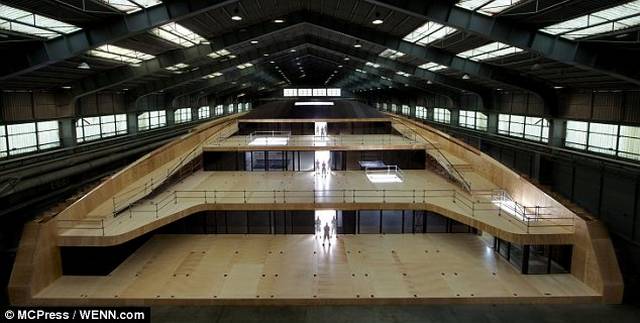 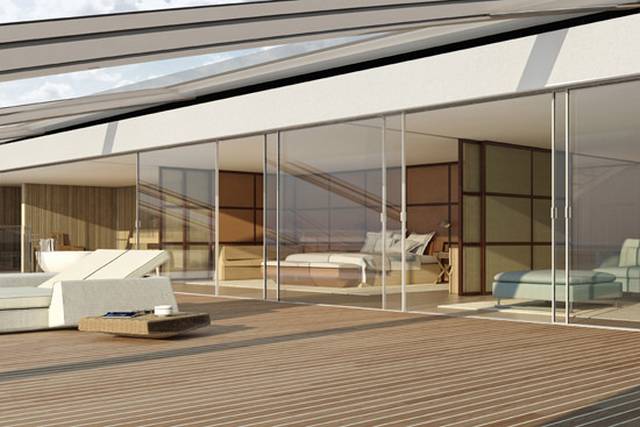 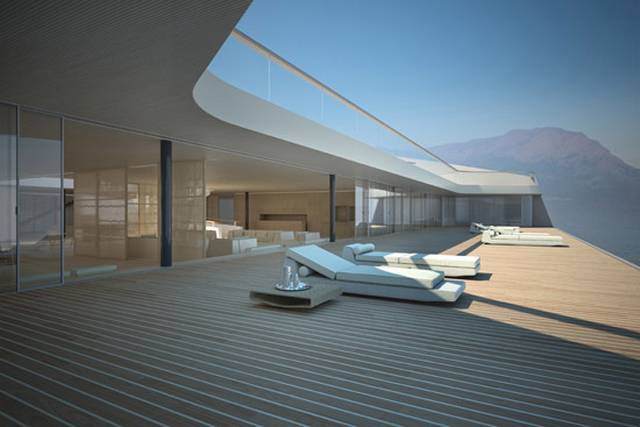 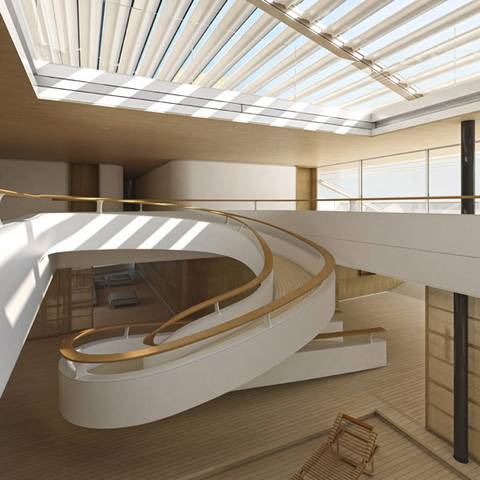 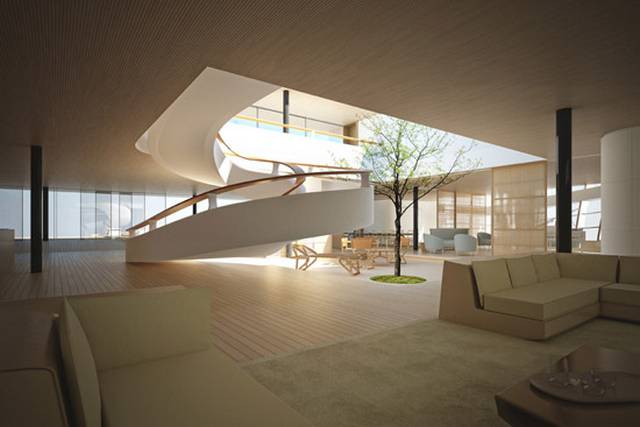 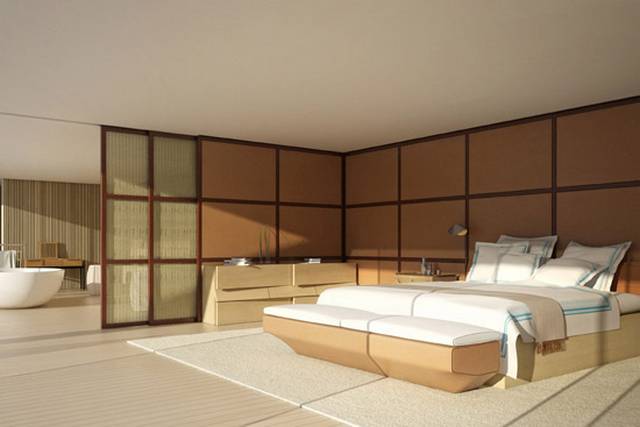 The lucky owner has their own 200-square-metre suite that covers the entire third floor and has sweeping views of the sea from its private terrace. Up to 12 guests can stay in the five sumptuous suites on the second floor and their every wish would be carried out by a 20-strong crew. The yacht will cruise at 12knots with a maximum speed of 14knots. Impressively the makers claim it could make four Atlantic crossings without any major maintenance. Any eco-conscious buyer can be reassured that the ship has been designed with three large sky lights and 300 square metres of windows to give a maximum amount of natural light. It will also be fitted with an ultra-low consumption LED lighting system. Solar panels covering the roof and sides of the vessel will help save at least 200 tons of diesel fuel a year. The yacht also comes equipped with waste management systems made to handle both organic and inorganic waste. It will be the first yacht for Hermes who have previously helped design a luxury helicopter and a collection of smart cars