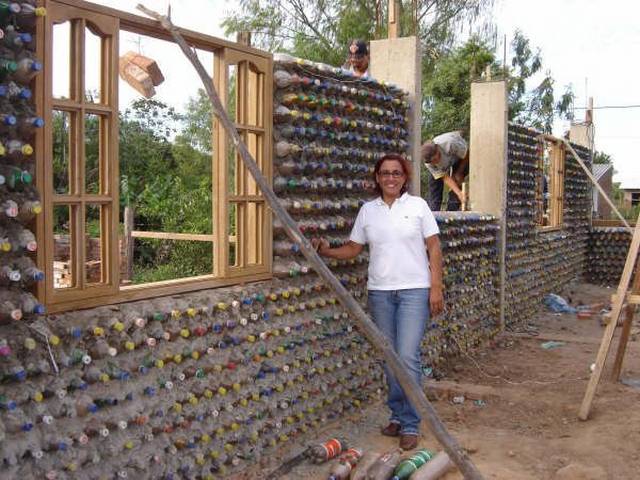 I don’t know to what point it is stable and solid but this is surely original. This house was completely made from bottles with some glue mixture. A building construction style which usually uses 1l glass bottles  as masonry units and binds them using adobe, sand, cement, stucco, clay, plaster, mortar or any other joint compound  to result in an intriguing stained-glass like wall. An alternative is to make the bottle wall from 1/2l glass jugs filled with ink and set them up by supporting them between 2 windows.   Although bottle walls can be constructed in many different ways, they are typically made on a foundation  that is set into a trench in the earth to add stability to the wall. The trench is filled with a rubble of pea gravel and then filled in with cement. 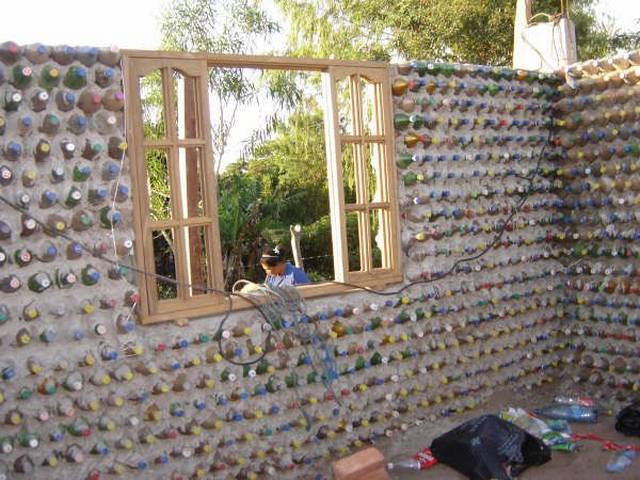 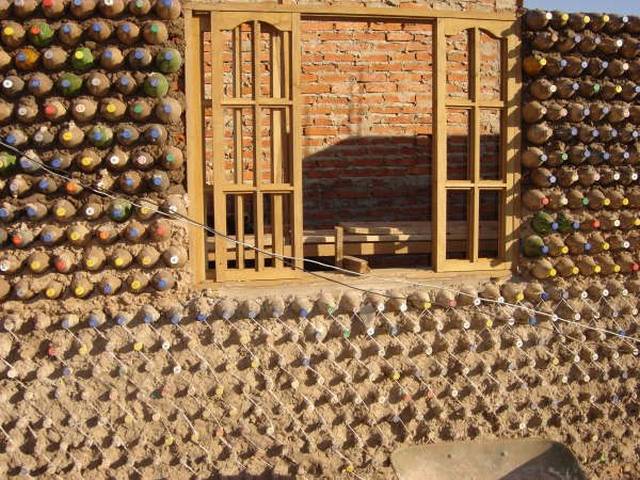 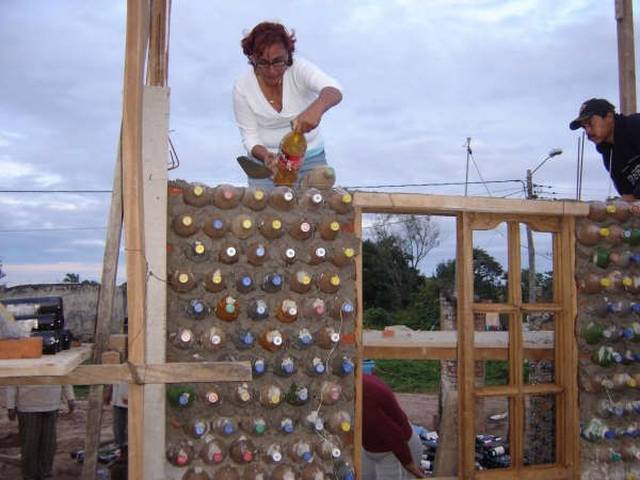 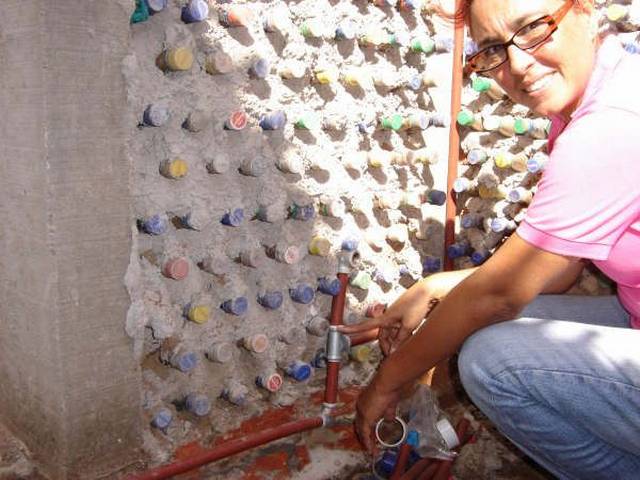 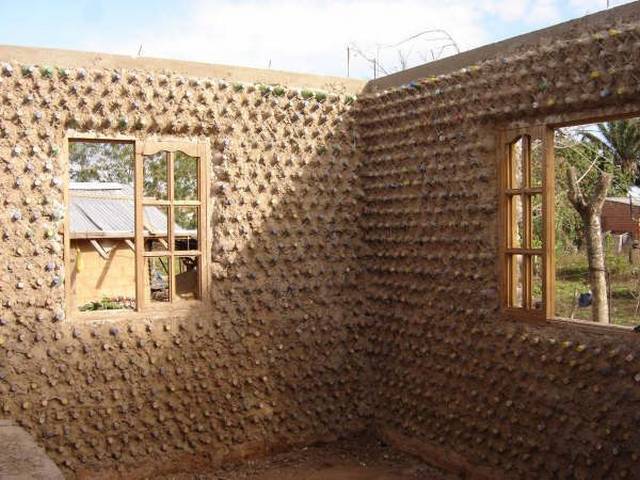 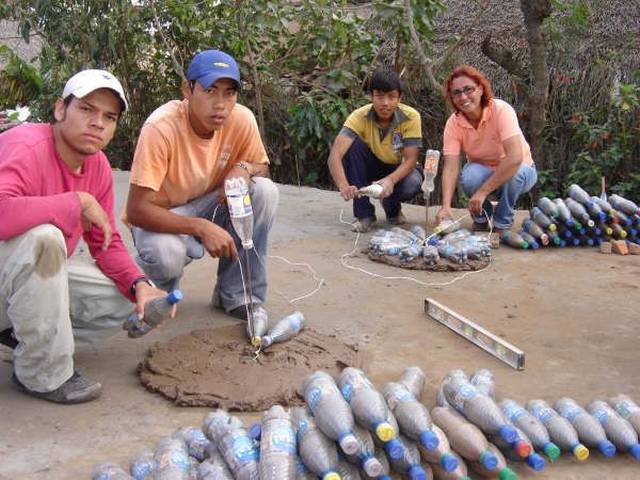 Rebar  can be set into the foundation to add structural integrity. Bottle walls range from using one bottle as a filler in a thin wall to making walls two bottles thick. Most intriguing though, is the wall made from bottles cut in half, matched, and joined to another bottle of the same size and color. Primitive mixture, such as cob or adobe, are made from a mix of sand, clay, and straw. This is used as the mortar  to bind the bottles. It is thickly spread on the previous layer of bottles followed by the next layer which is pressed into the mixture. Typically two fingers of separation are used as a means of spacing although any kind of spacing can be achieved. 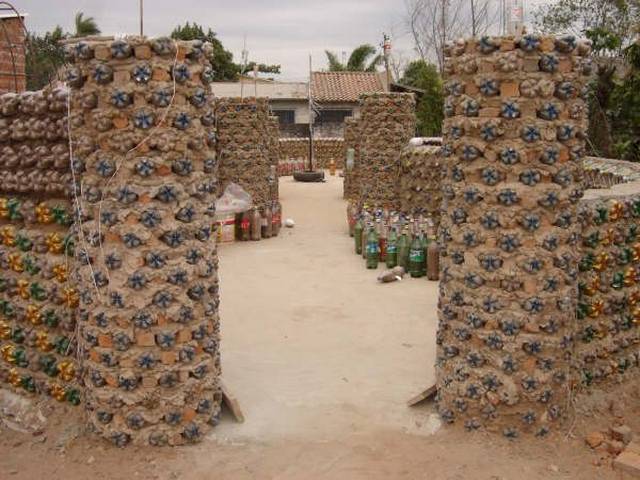 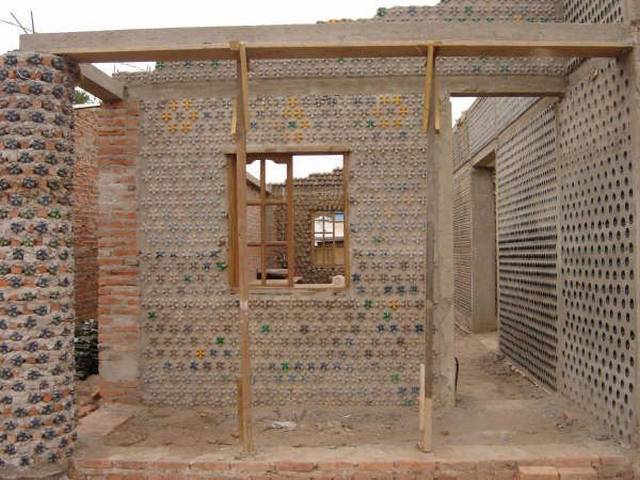 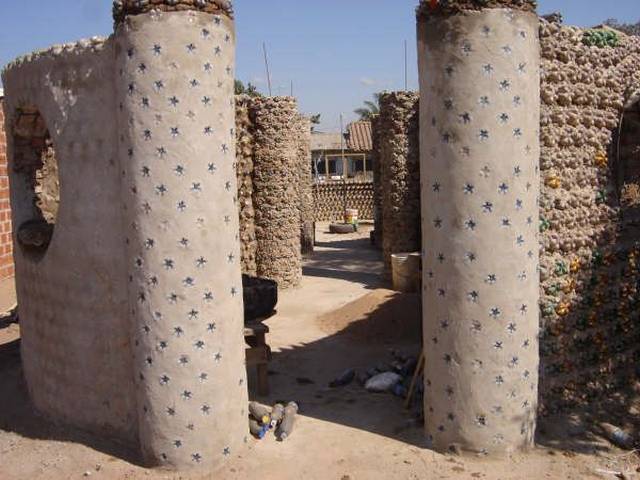 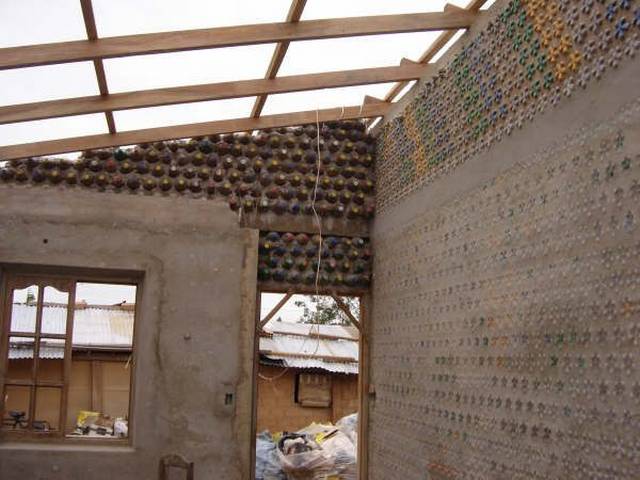 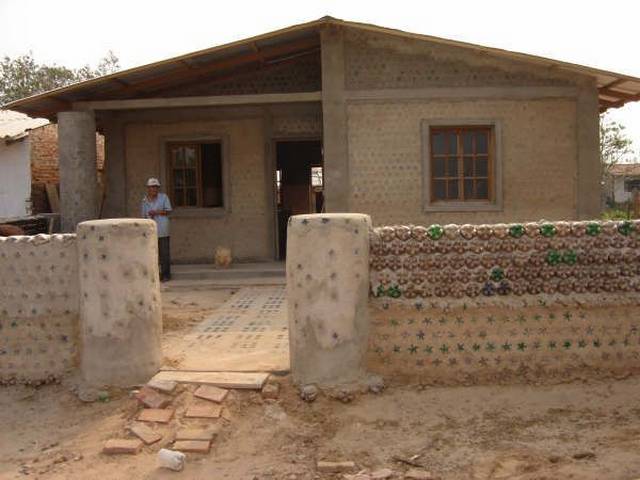 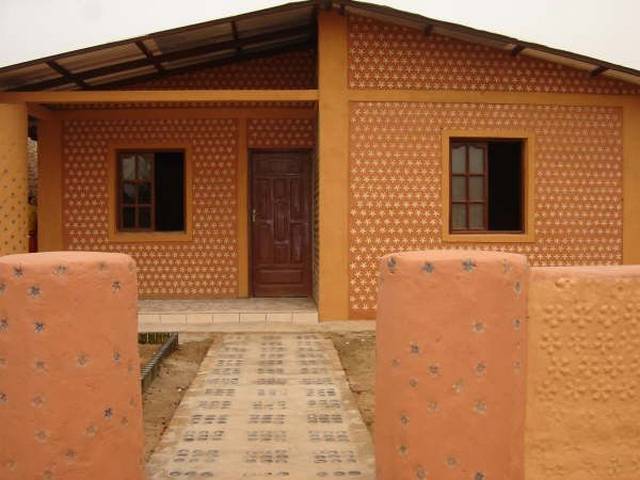 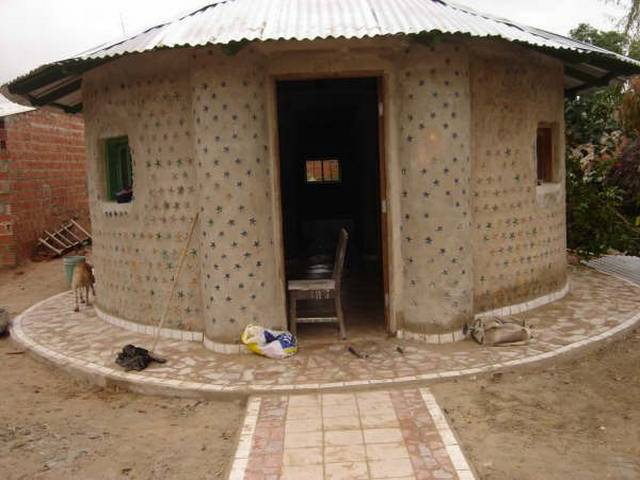 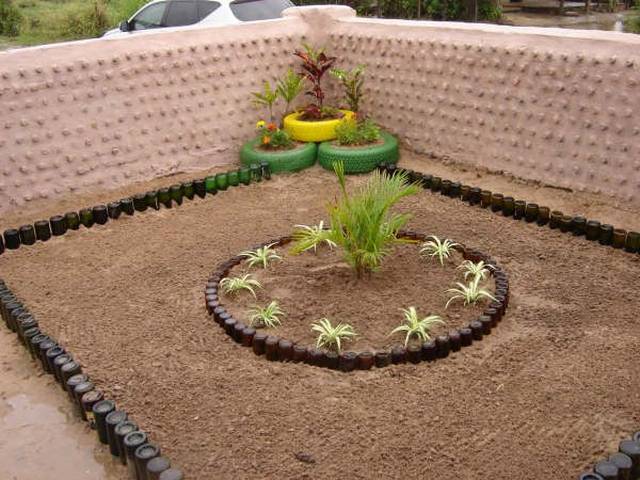 Bottles can also be duct taped together to create a window-type effect. Two similar size bottles can be taped together with the openings allowing a light passage way. This also traps air and creates a small amount of insulation. Filling glass with liquid that will be subjected to freezing and thawing is not a good idea, but is useful if the glass is protected from temperature extremes. When the bottles are filled with a  liquid, or other dark material, the wall can function as a thermal mass, absorbing solar radiation during the day and radiating it back into the space at night, thus dampening diurnal temperature swings. A typical mortar mix is 3:1 mason sand to a pozzalan  cement mix. Other mixtures could be made from mortar and clay, adobe, cob, sand or cement. Bottle walls are extremely versatile and could be bonded with pretty much anything that can endure its given climate.
It is believed that the first bottle house was constructed in 1902 by William F. Peck in Tonopah, Nevada. The house was built using 10,000 bottles of beer from Jhostetter’s Stomach Bitters which were 90% alcohol and 10% opium. The Peck house was demolished in the early 1980s.

suhail ajmal
Suhail is a father of three who loves nurturing them day and night. Profession wise he is a recruitment consultant with strong interposal skills. He likes to share his tough life experiences with the world and save people from those troubles he had to run into.
Previous articleThe most luxurious Accommodation, Owned by Ty Warner
Next articleWater Tower Transformed Into Minimalist Modern Home