With the Christmas period rapidly approaching, many of you will be delving into your attics to fetch your Christmas trees and decorations.  Whilst you are up there, it may be worth having a look around for any antiques or sports memorabilia, as the market is currently doing very well. If you find anything old and dusty and you’d like more info about it, there is a plethora of useful websites about antiques. This seems to be one of the better ones: http://www.antiques-info.co.uk/

Recently, a tiny, damaged bowl that was bought for only £65 was sold at auction for well over £1.6 million pounds.  The 10 inch diameter dice bowl was crafted from porcelain, and was an antique piece from the 15th century Ming dynasty, which made it exceptionally rare.  It was first bought just after World War II for £65, which would have been worth around £1,600 in today’s money. 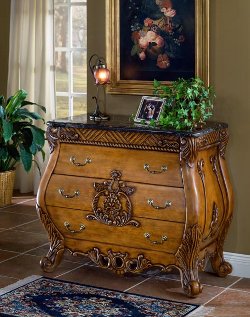 The antique dice bowl was expected to sell for around £20,000 but it eventually went for 84 times that amount at £1.68 million, after Chinese bidders went into a bidding-frenzy.  Even more startlingly, according to experts, it would have sold for an even higher amount if it had been in better condition.  The company that sold the antique, Bainbridge’s auction house in Middlesex, previously sold an antique Chinese vase in 2010 for the eye-watering price of £59 million.

Another slightly more modern antique that is destined to see its value skyrocket is Michael Jackson’s jacket from the ‘Thriller’ video.    The famous jacket worn by King of Pop Michael Jackson has been a much sought-after item since the video was released in 1983.  The legendary red and black calf-leather jacket was estimated to fetch between £100,000 and £250,000 at auction, but it eventually sold for £1.1 million in 2011.  It would be interesting to see how much this future antique will sell for if it ever makes it to auction in the future.

If you are unsure of whether anything you find up in the attic is of worth, there is a range of expert online valuation websites, such as Value My Stuff, who will provide an expert valuation of your antiques or sporting memorabilia for a small fee.  This will save you the embarrassment of turning up at the antiques road show with something that cam free in a box of cereal.