Chicken Point Cabin – surprisingly harmonious modern hotel with original architecture and iconic elements, combining function and aesthetics of the original. The authors of the “forest” of the project was already known to us American architectural studio Olson Kundig Architects.Unusual cozy house located in a scenic area of Northern Idaho. According to the architects, the main idea of the construction of Chicken Point Cabin was the creation of a cozy romantic forest refuge with large panoramic “lined with” a window opening out into the surrounding house magnificent nature. 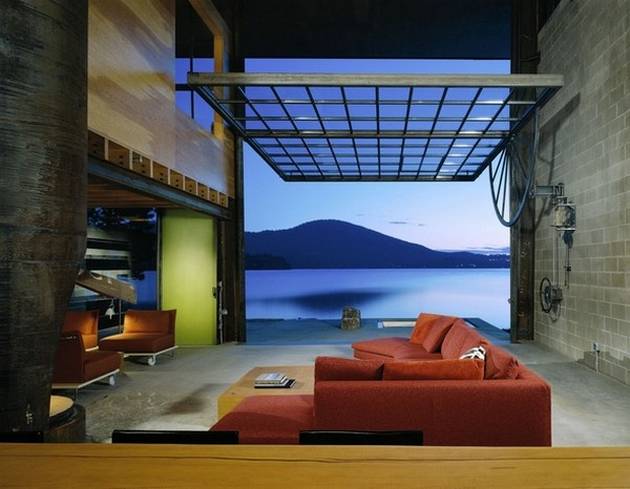 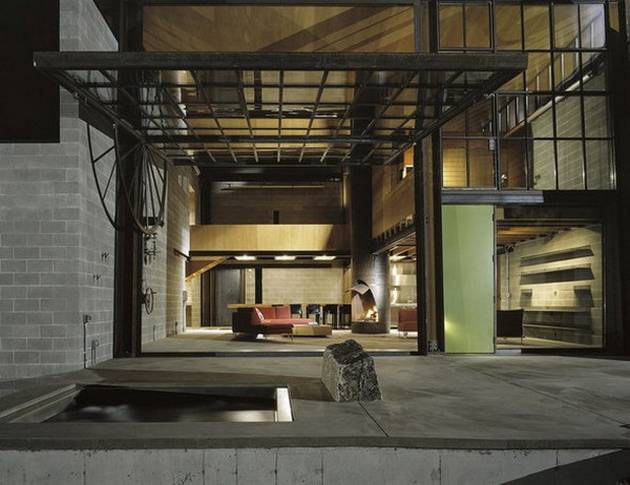 A large window offers two tiers of windows, all the main room hotel, combining it with the forest, located near the lake and the mountain tops, trailing the horizon line. Materials of construction – concrete blocks and floors, metal, wood and plywood – have been left in its natural, almost raw state. This solution reduces the cost of building and formed a natural “forest” environment, which over time will become even more charisma, a little old and Get a gossamer … 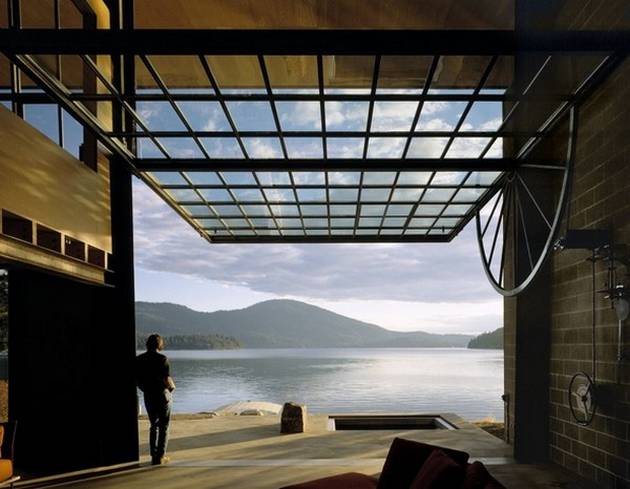 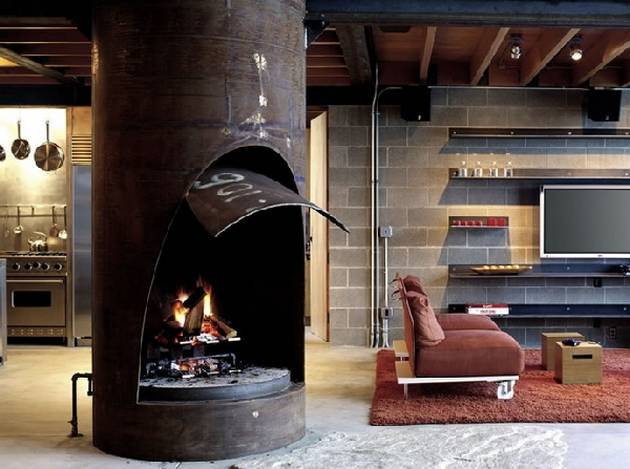 Technology, through which opens a “window into the horizon, is formed from a visually expressive system of pulleys, the culmination of which is the union of interior and picturesque scenery. 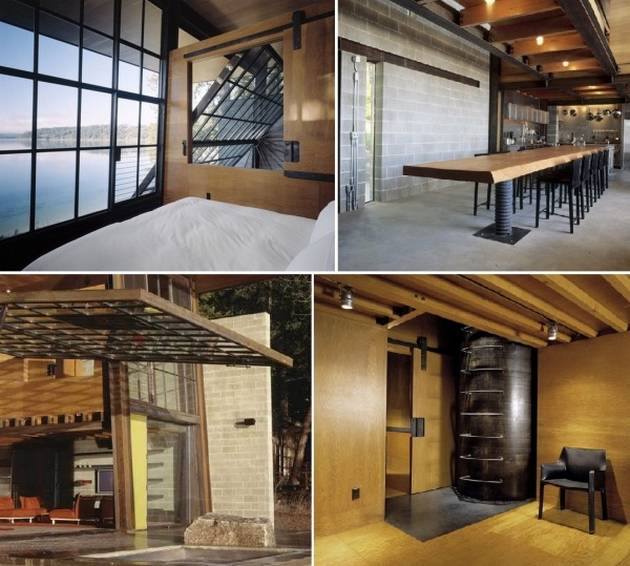 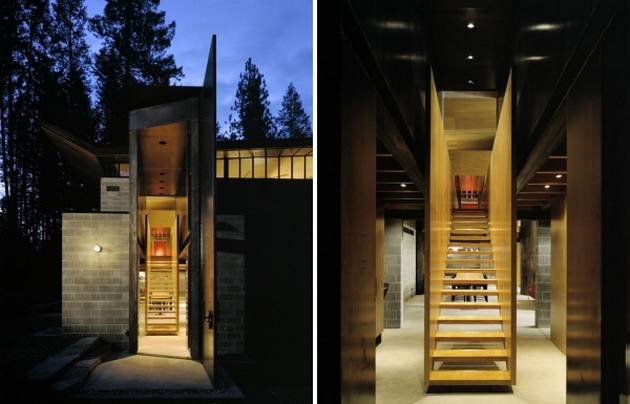 In addition to the elements of an unusual system of opening the massive windows in the house there are several design objects that attract attention and create a unique creative environment that does not “enter into a dispute with the surrounding nature of the house. 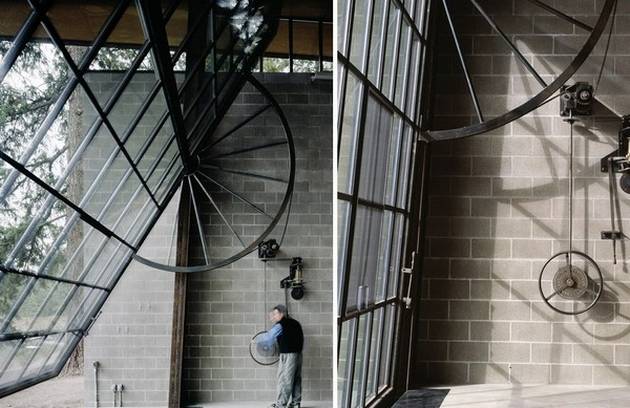 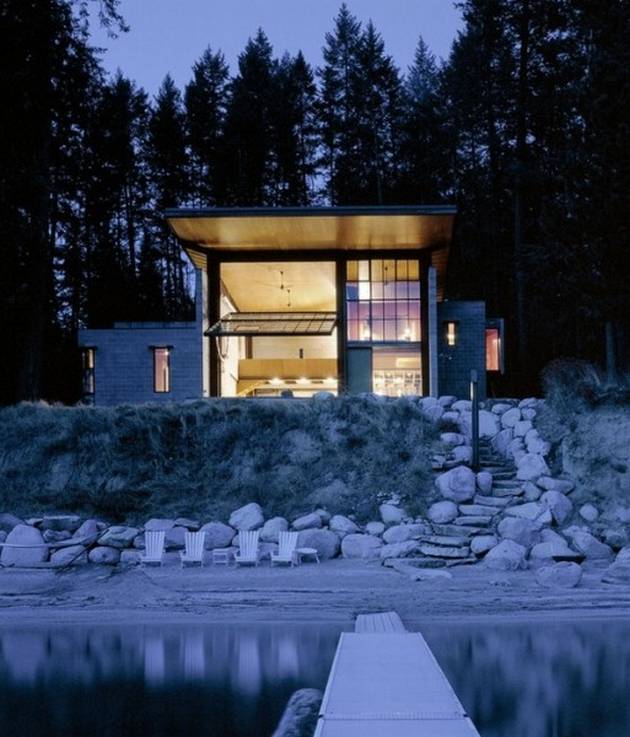 Private apartments are located on the second level, also provide an opportunity to enjoy the sunrises and sunsets over the beautiful mountain lake, not even getting out of bed.

khadeeja jawed
I post graduated in International Relations. I developed keen interest in creative writing during graduation and started with writing poems. Having discovered a knack for writing, started writing articles/reviews on various niches like current affairs, social issues, traveling, etc. Currently, I am working as a content writer in a travel agency as well as writing in other blogging platforms.
Previous articleReal Piece Of Art-House on the Water
Next articleDutch Version Of The Finnish Sauna For House

Structural Steel Shapes: Everything You Need To Know

Steel is a common material used in building construction. This metal is a necessary component in structural support. The potency and durability of this...

How Smart Architectural Design Can Improve Health in Public Buildings

With each passing year, our views on and understanding of architectural design continue to evolve. Architecture involves so much more than the physical components...