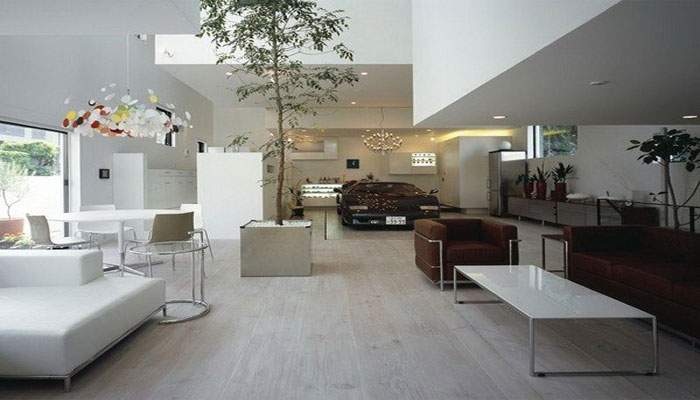 Some car owners love their cars so that they are willing to part with them even during rest and sleep. Here’s to such enthusiastic people and create amazing options to fulfill their dream. In our review we will just tell you about the top ten solutions to keep the house a car. 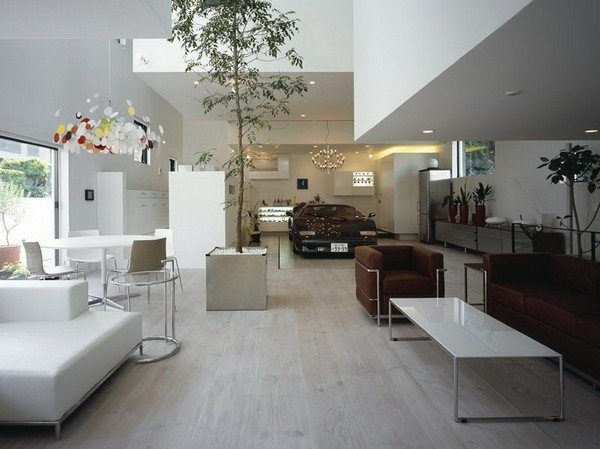 Japanese architect Takuya Tsuchida  has created a house for the owner of the car Lamborghini Countach Anniversary edition. The fact that the customer really likes this your car. So the layout of the building implies the existence of the lift, which allows time to time to raise the Lamborghini out of the garage in a residential common room of the house. 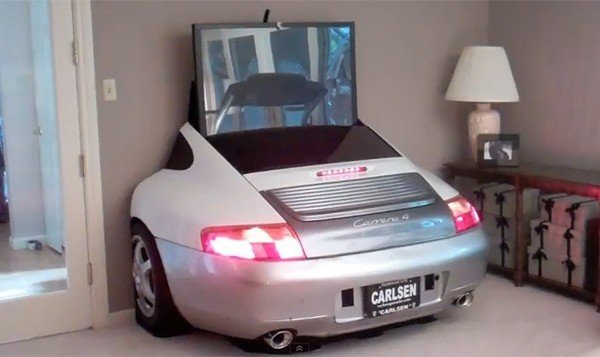 Lovers of luxury Porsche cars can no longer leave them even at home. After all, these people set up a media center Porsche Design entertainment center, created through the rear of the car Porsche 911 2005 the year of issue.

Table from a Broken Ferrari 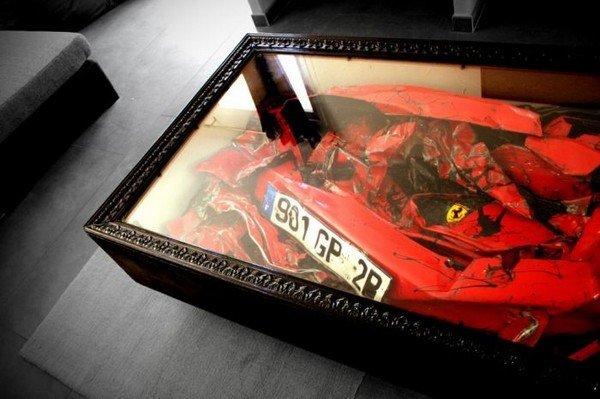 Shattered the car? Do not worry! Pick up her remains and build on their basis a wonderful coffee table, as did the creator of the table Crashed Ferrari Table.

Parking On the Balcony 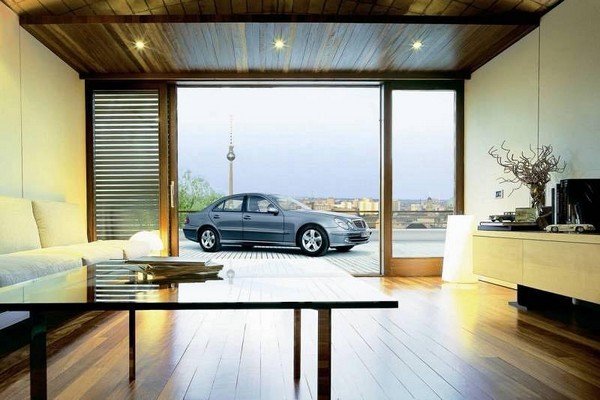 The German company offers CarLoft motorists forget about looking for a place to park their cars. After using the system developed by this firm, you can leave the car right at the balcony. And while it does not matter on what floor you live. 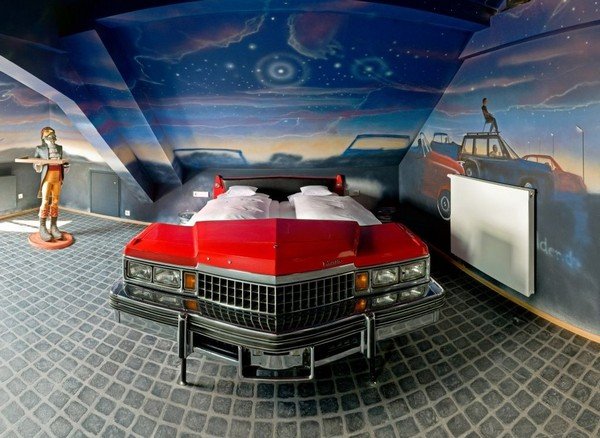 In the German city of Stuttgart has recently opened a very unusual hotel with the name of V8 Hotel. Created it for people who can not imagine life without cars. And the whole of its interior, including a bed, made in the automotive-style. The rooms in this hotel do not differ from the figures, and on models of cars. 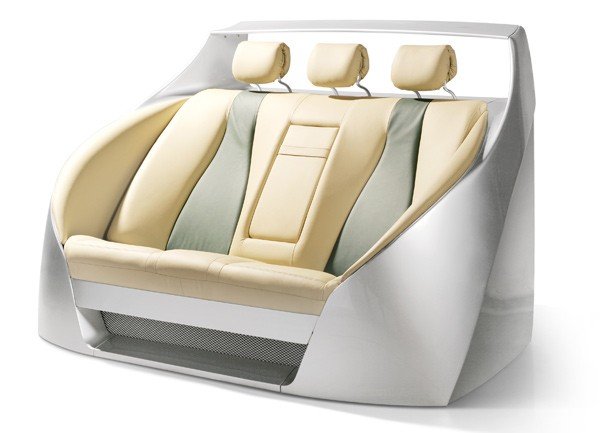 The company RAD creates exclusive furniture in automotive design. As an example of her work can result in one of the sofas, which very much resembles the rear row of seats in the car. 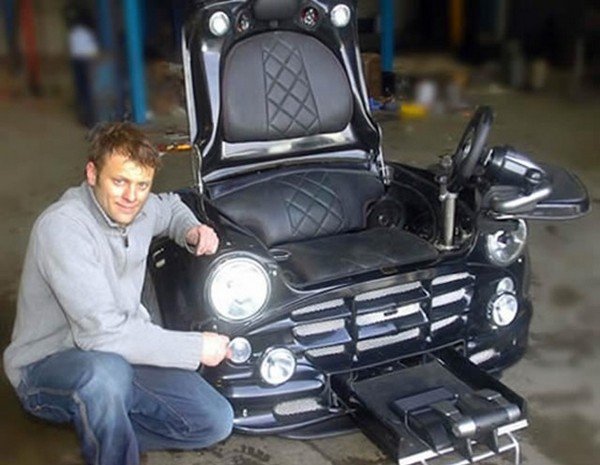 Mini car is famous for its perfect compactness and adaptability for driving in urban environments. But designer David Gatorp created on the basis of this car seat … for the home. Moreover, this piece of furniture – and even multimedia. In the seat Mini Cooper built gaming console xBox. 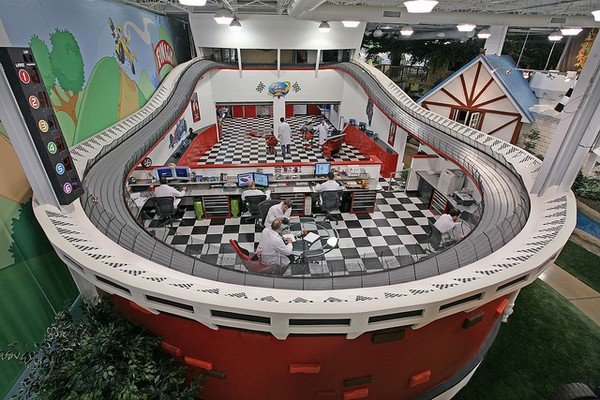 Office of the U.S. company Invention Land – it’s a real fairyland. Then there are the caves, and pirate ship, and the gingerbread house, and many other interesting locations. In particular, and the race track, in which there are jobs. 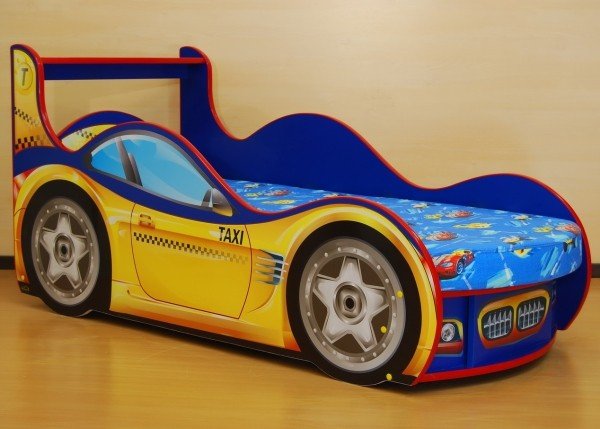 Kids love cars as much as adults. So almost any child-like boy bed, made in a machine. For example, a bed with the name of Taxi-280.

House in the Form of Car Volkswagen Beetle 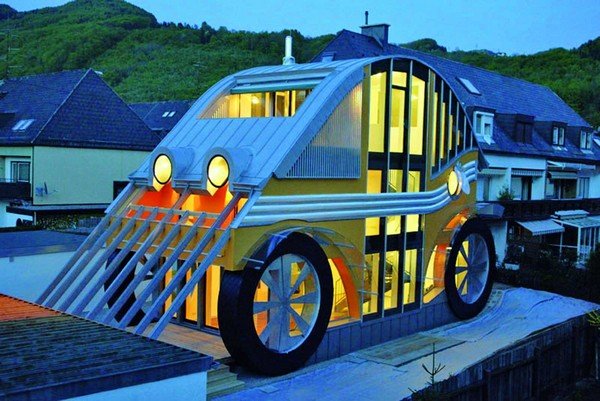 The Austrian city of Auto Residence few years ago, an extremely unusual car. He looks just fine, but it does not go! And the thing is that this is not a means of transportation, and real estate, a house called Auto Residence, created in the image of a cult car Volkswagen Beetle. 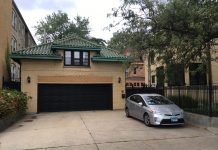 Four Factors to Consider When Converting a Garage 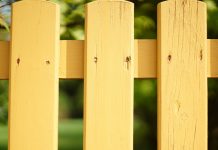 If You Think You Don’t Need a Fence – Here Are 3 Reasons Why You Do! 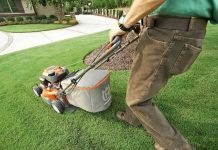 Here’s How to Cope With 5 Common Lawn Problems 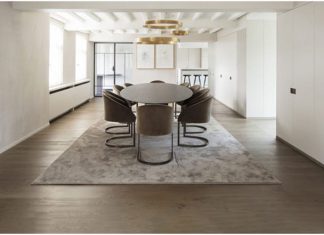 HVAC Companies On Tips For AC Repair and Replacement In Biloxi...

HVAC Companies On Tips For AC Repair and Replacement In Biloxi... 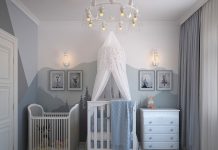 Renovate Before Remodeling: Is Your Roof Damaged Beyond Sight?