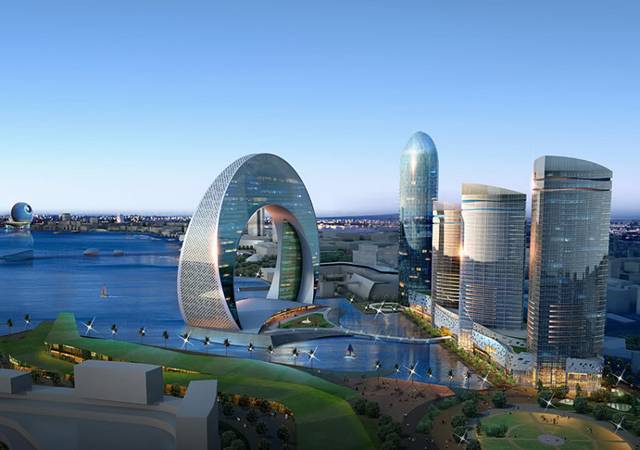 Hotel Full Moon is essentially a disc with rounded edges and a hole in one of the top corners that appears radically different to the view depending on the angle it is seen from. Designed to appear drastically different from different viewing angles – from one angle Death Star and from the other Gherkin – Hotel Full Moon will be a 150 meter-high, 35 story luxury hotel with 382 large rooms. The frontage thanks to the bulging centre makes it appear more like a glass death star whilst the side profile is more than a little gherkinesque. Changing appearance depending on the view is reinforced by the cladding treatment the architect has selected. The front will have a glass diagrid whilst the back will be covered with hexagonal honeycombs. This main building will be a 35 storey luxury hotel with 104,182 square metres of space for only 382 rooms, a relatively small amount of rooms given the sheer size of the internal space on offer. It will reach a maximum height of 158.68 metres. 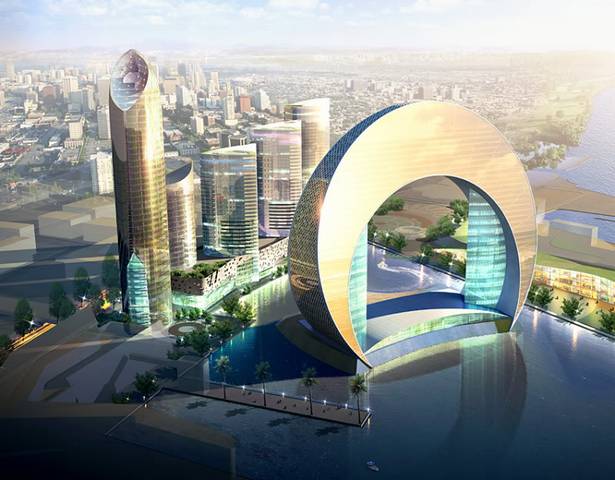 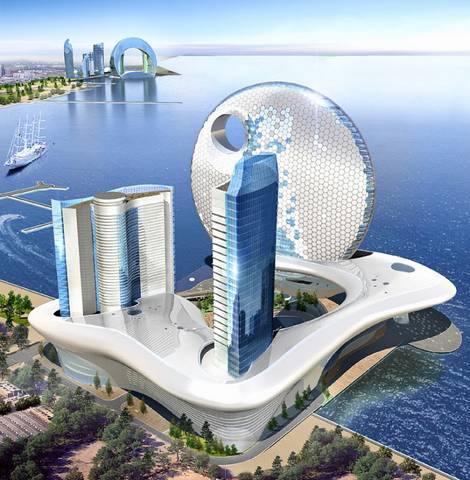 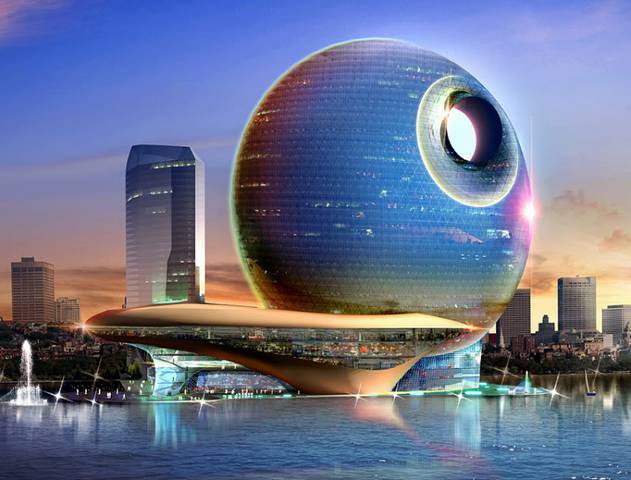 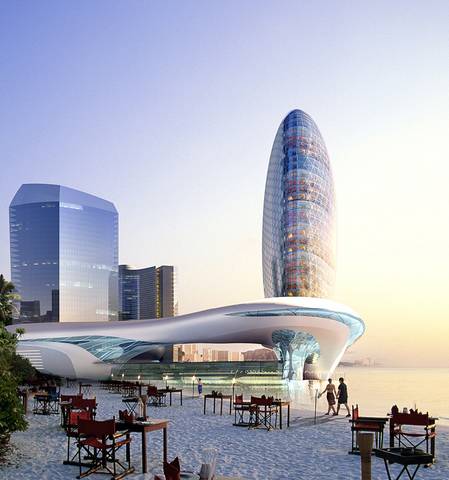 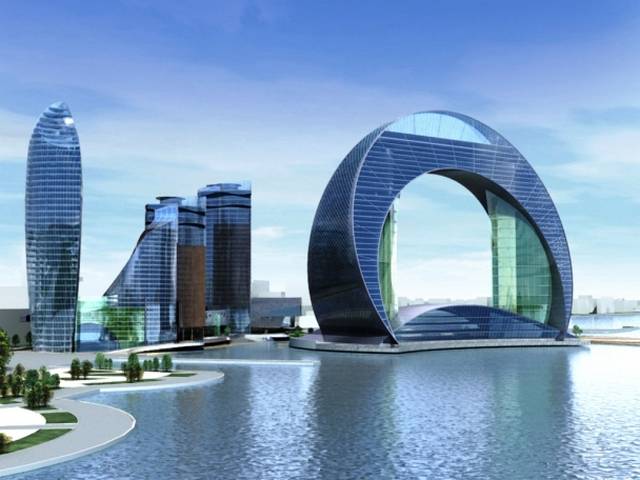 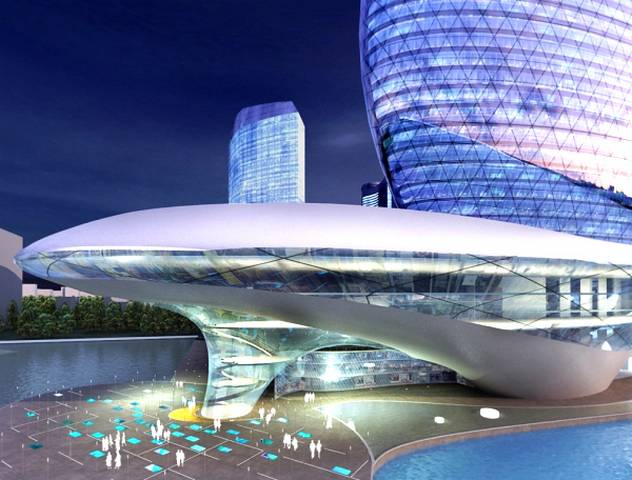 The hotel is linked via a zoomorphically shaped podium that snakes curvaceously around the boundaries of the site to two residential apartment blocks entitled Palace of Wind 1 and 2. Acting as the counterpoint to Hotel Full Moon is Hotel Crescent, part of the Caspian Plus redevelopment that stands as a curving arch similar to a crescent moon. The arch-like nature of the building is revealed by the fact that the structure isn’t a pure crescent on its inside relying on more regularly shaped columns to help provide it with support. At 32 floors tall it will also be a luxury hotel, this time with 221 rooms. There will also be 128 serviced apartments in the building. Floor space will 128,140 square metres.
Behind it will stand a further four tall buildings, three of which will be residential with the tallest of the quartet being a 43 floor office building standing 203 metres tall. Heerim Architects have not long been established in Azerbaijan. They only opened their office in the country in July 2007 and yet have already secured these two major projects that face transforming the capital of one of the world’s fastest growing economies.