Sou Fujimoto, a Japanese architect, designed this small and primitive house to showcase the versatility of lumber. By using large beams that are 350mm sqaure, walls, ceiling, floors and nooks are created. The design of stepped space was a long time fascination of the designer – its defining characteristics of a sort of spatial relativity can not be achieved using coplanar floors. Lumber is extremely versatile. In an ordinary wooden architecture, lumber is effectively differentiated according to functions in various localities precisely because it is so versatile. Columns, beams, foundations, exterior walls, interior walls, ceilings, floorings, insulations, furnishings, stairs, window frames, meaning all. There are no separations of floor, wall, and ceiling here. A place that one thought was a floor becomes a chair, a ceiling, a wall from various positions. The floor levels are relative and spatiality is perceived differently according to one’s position. Here, people are distributed three-dimensionally in the space. This bungalow no longer fits the category of wooden architecture. If wooden architecture is merely something made from wood, then wood itself surpasses the architectural procedures to directly become a “place where people live” in this bungalow. 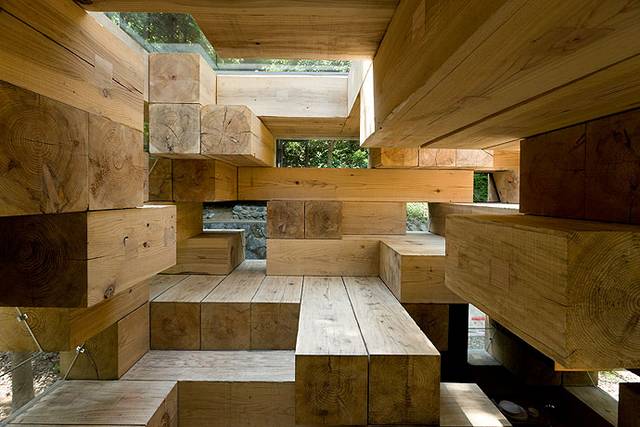 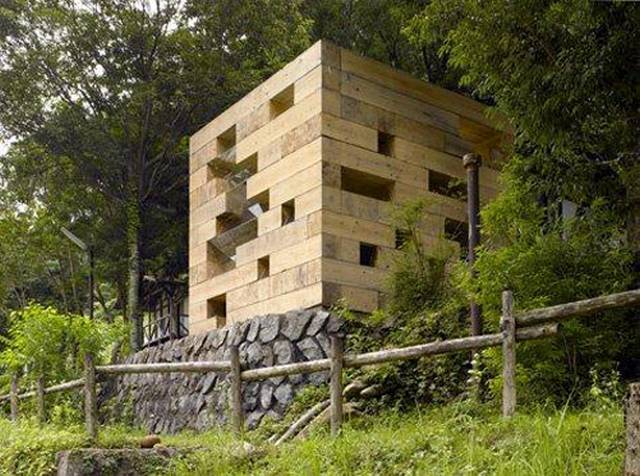 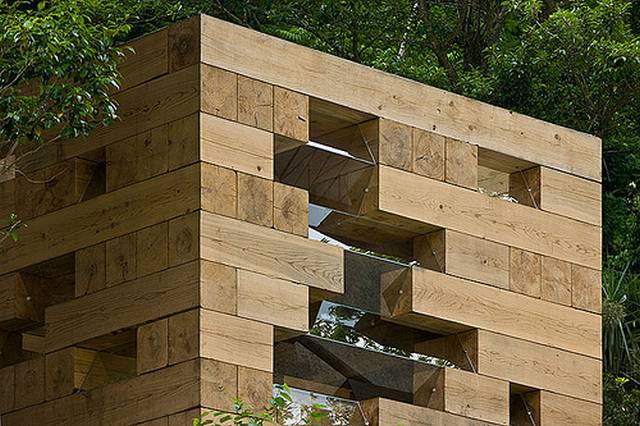 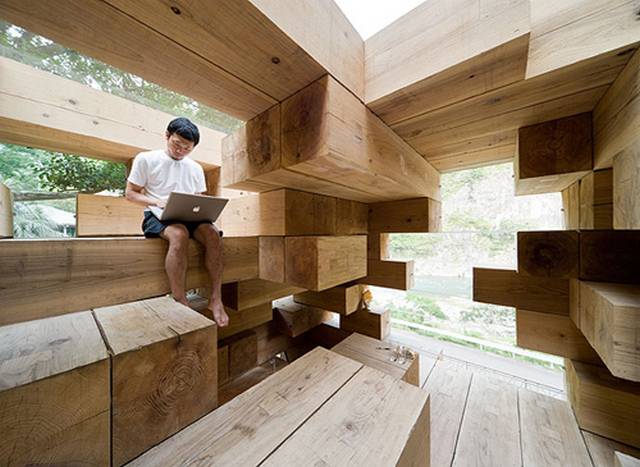 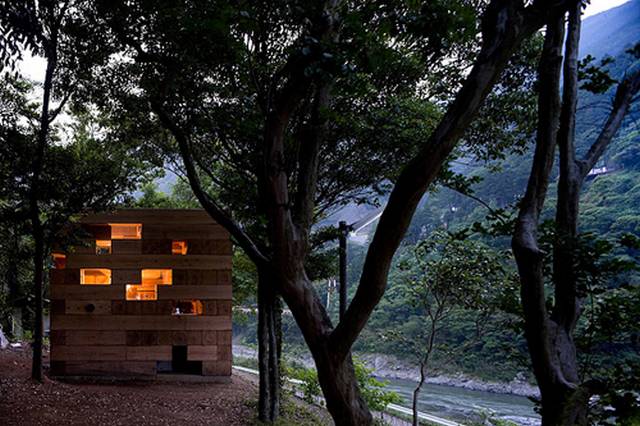 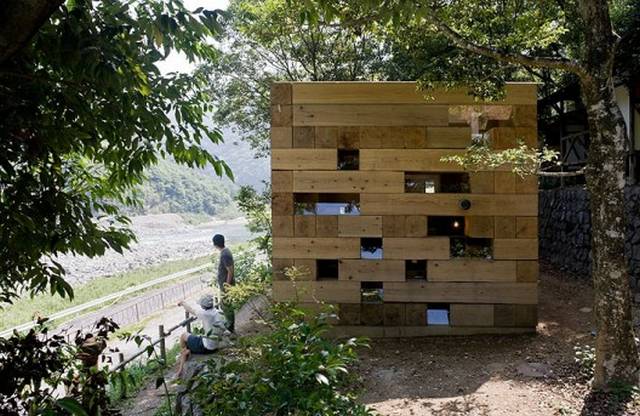 It is of an existence akin to primitive conditions before architecture. Rather than just a new architecture, this is a new origin, a new existence. Wood is amazingly versatile. Due to its versatility, wood is used in a conventional wooden architecture by intentional differentiation in various places. Not only in structures, such as columns and beams, but it can also be used in everything else from foundation, exterior wall, interior wall, ceiling, flooring, insulation, furniture, stairs to window frames. There are no categorization of floors, walls, and ceilings here. A locality that was thought as a floor transforms into chairs, ceilings, and walls from different perspectives. Floor levels are relative and people reinterpret the spatiality according to where they are. People are three-dimensionally distributed in space and will experience new sensations of depths. Spaces are not divided but is rather produced as a chance occurrence within fusing elements. Inhabitants discover various functions within those undulations. It is a place akin to nebulous landscape. This resonates with the undifferentiated condition of above-mentioned architectonic elements. Both as a constructional methodology and experiential space, this architecture is synthesized by the fusion of various undifferentiated elements. Here, conventional rules of architecture is nullified. There is neither a plan nor a stabilizing point. This is possible purely because the wood is that versatile. Perhaps it is only possible with wood to be simultaneously the insulation and the structure, the finish and also the furniture. By being composed of the wooden blocks instead of slabs, the method of creating the undifferentiated condition was made clear.